At Fault Accidents and disputing accidents.

So something that happens to me a lot is when I’m quoting new clients I will ask them have they had any at fault accidents moving violations in the past three years and a lot of times they will tell me no and then some of the times they will say well I had an accident but it was not my fault and I’ll ask them OK so it’s going to me what happened in this accident that was not your fault and they will proceed to tell me that they hit someone’s car or they hit something but that car or that something or that person shouldn’t have been where it was.

So when they tell me that they hit something and it was not moving and either it moves illegally parked or shouldn’t have been there or was blocking their way I kind of have to rearrange my thoughts and try to find a nice way to put this but today I’m going to just be very direct with you you’re not supposed to hit things that aren’t moving it doesn’t matter whether they’re illegally parked whether they’re blocking your way or whether they you feel or a cop feels or anybody else in the world feels like they didn’t belong there you are still going to be charged with an at fault accident because hitting something that isn’t moving is definitely your fault, you should have stopped you should have looked first or whatever you should have done to avoid striking something that wasn’t moving

Because when you hit something that isn’t moving, unless you’re doing 75 or whatever it is down the highway going down 71 or 270 and something drops off a truck or something like a bed, and it wasn’t moving and you hit it then it’s that’s not your fault but if something is not moving or you’re on a regular street and you’re making a turn it doesn’t matter why it’s there you’re supposed to avoid it so it’s going to be your fault. The other thing about this is, as an insurance agent there’s nothing we can do about it. It doesn’t matter how good your story sounds. It doesn’t matter how honest you’re being, it doesn’t matter how much you believe yourself. If you hit something that isn’t moving, and this is the last time I’m going to say this, especially another vehicle or person or an object and you’re not on the highway it’s your fault and you’re going to be charged with it. There is absolutely nothing an insurance agent can do to change that. I hope that helps clarify some things. Everyone have a great rest of your week. 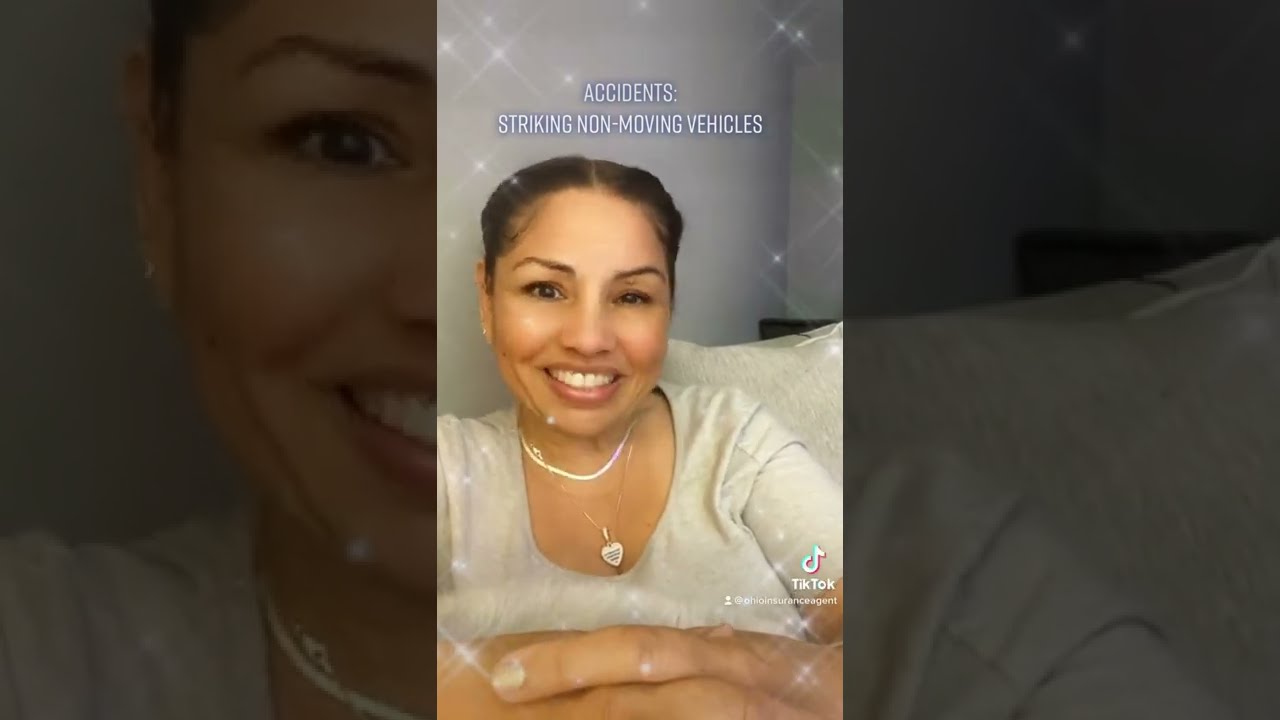